Love of God, Fear of God

Dominica XXXI Per Annum, Anno B

Blessed Agnes of Langeac, a French Dominican nun of the 17th century, was known, as prioress for “recommending to her religious respect and fervor in their relations with God, reminding them of these words of Holy Scripture, Accursed be he that doth the work of God with negligence [Jeremiah 48]. A sister of the community named Angelique died. The pious Superior was praying near her tomb, when she suddenly saw the deceased sister before her, dressed in the religious habit; she felt at the same time as though a flame of fire touched her face. Sister Angelique thanked her for having stimulated her to fervor, and particularly for having frequently made her repeat during life these words, Accursed be he that doth the work of God with negligence. “Continue Mother,” she added, “to urge the sisters to fervor; let them serve God with the utmost diligence, love Him with their whole heart, and with all the power of their soul. If they could but understand how rigorous are the torments of Purgatory, they would never be guilty of the least neglect” (Schouppe, Purgatory, pp. 137-138).

If they could but understand… they would never be guilty of the least neglect. This story is an example of motivation by fear. Where there is a fear of punishment, we are more likely to do what we are supposed to do. In the past, the Church often motivated people by emphasizing fear of punishment; the fear of going to hell, or the fear of languishing for centuries in purgatory. As a result, people obeyed the law of God. They obeyed the Ten Commandments, abstained from meat every Friday, went to Confession every Saturday and Mass every Sunday. They avoided committing mortal sin for fear of going to hell. Society itself upheld a high moral standard because that was the way people lived. God commanded it and people obeyed…out of fear… and out of love for God.

In 1965, Pope Paul VI changed the law that requires abstinence from meat on Fridays. He lifted the pain of mortal sin attached to this law, but he did not lift the law itself. Catholics today are still obliged to abstain from meat every Friday during the year, but now we are obliged by love. We are no longer obliged by fear. We are obliged by love. Perhaps it was naive to believe that Catholics would continue this practice out of love. Many Catholics today do abstain from meat every Friday, but I would guess that most do not. It is not a mortal sin to eat meat on Fridays except during Lent. Since it is a mortal sin during Lent, most Catholics observe this law. They do so out of fear. But why do they not do so out of love? 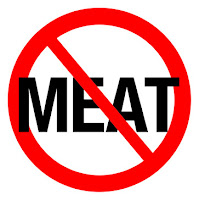 Let me clarify the issue. We can eat meat on Friday as long as we are doing something else that is penitential. Catholics are obliged to do penance every Friday. Canon Law specifies that this means abstaining from meat, but in the United States, we can choose another penitential practice instead, especially if a person is a vegetarian and already avoids meat. If a woman is pregnant, she is excused from this law, even during Lent. But recently the Bishop’s Conference in England ruled that there is no other option anymore for the people of England. Abstinence from meat is now mandatory every Friday throughout the year. There has been talk among the US Bishops Conference of doing the same thing in the United States. This is not a step back because Vatican II never changed the discipline. The discipline remains in place for the entire world and has always been in place since the first century (cf. Didache)

Now the question before us is this: Does love motivate us to do what we are supposed to do? Or must there be fear in order for us to obey the law of God? When I was growing up in the late 1970s and 80s, all we were taught was that God loved us. But it was a vacuous, meaningless love, and frankly I think many of us got tired of hearing about it. It became boring. It asked nothing of us in return. That kind of love doesn’t mean much because there is no sacrifice, no demands, no betrayal, no cross. We had no fear of God and no fear of consequences for our sins.

If we look at our society today, it is alarming to see how far things have fallen in the last 50 years. In many ways, there is complete disregard for the law of God. In the Church, we see so much dissent from Church teaching, widespread disrespect for the Holy Eucharist, and overall negligence toward the work of God. Remember the words of the prophet Jeremiah that Blessed Agnes of Langeac taught: Accursed be he that doth the work of God with negligence. When we hear it that way, it puts the fear of God in us. Maybe both love and fear are necessary to motivate us. This is something for each of us to think about and pray about. For some God’s love is all they need to be fervent and zealous in their faith. For others God’s love does not motivate them. What will it take to get us to heaven? Sr. Angelique said: “If they could but understand how rigorous are the torments of Purgatory, they would never be guilty of the least neglect.”