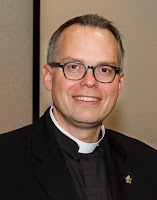 Second Reading: (Col. 1:15-20) Christ Jesus is the image of the invisible God,the firstborn of all creation.For in him were created all things in heaven and on earth,the visible and the invisible,whether thrones or dominions or principalities or powers;all things were created through him and for him.He is before all things,and in him all things hold together.He is the head of the body, the church.He is the beginning, the firstborn from the dead,that in all things he himself might be preeminent.For in him all the fullness was pleased to dwell,and through him to reconcile all things for him,making peace by the blood of his crossthrough him, whether those on earth or those in heaven.

This week, I will be talking about human anthropology, from the theological perspective: virtues, vices, the appetites, the passions, and the will. Today’s second reading (Col. 1:15-20) prepares us for this anthropological study. We start with Christ. St. Paul explains to us that Jesus Christ is the image of the invisible God. We start there. God is invisible, or in other words, He is pure spirit. But God is not limited to remaining invisible. He just does not depend upon matter in order to exist. He is pure spirit, and therefore, He is invisible. But according to His divine and perfect will, He became incarnate, taking on human flesh. It was not God the Father who became incarnate, but God the Son. This brings us back to Colossians: The Son is the image of the invisible God. God is pure spirit, and therefore invisible, but the Son has taken on material existence, and therefore He is visible.

“ …in Him were created all things in heaven and on earth, the visible and the invisible.” So Adam and all things visible on earth were created in Jesus Christ. But St. Paul tells us that heaven was also created and that all things invisible were created in Jesus Christ: thrones, dominions, principalities, powers. Elsewhere, St. Paul writes of the angels called the virtues. The scriptures also tell us about angels, archangels, cherubim, and seraphim. These names identify the nine choirs of angels which we encounter regularly in the prayers of the Holy Mass.

What can we learn about anthropology by studying these nine choirs of angels? Let’s look briefly at these nine choirs and how they are hierarchically ordered. St. Thomas Aquinas, keeping with Dionysius the Areopagite, “divides the angels into three hierarchies each of which contains three orders. Their proximity to the Supreme Being serves as the basis of this division. In the first hierarchy he places the Seraphim, Cherubim, and Thrones; in the second, the Dominations, Virtues, and Powers; in the third, the Principalities, Archangels, and Angels” (Pope, Hugh. "Angels." The Catholic Encyclopedia. Vol. 1. New York: Robert Appleton Company, 1907. 14 Jul. 2013 http://www.newadvent.org/cathen/01476d.htm>.)

Venerable Prosper Gueranger writes this about the nine choirs of angels:

“It is from the lowest of the nine choirs, the nearest to ourselves, that the Guardian Angels are for the most part selected. God reserves to the Seraphim, Cherubim, and Thrones the honour of following His Own immediate court. The Dominations, from the steps of His throne, preside over the government of the universe; the Virtues watch over the course of nature's laws, the preservation of species, and the movements of the heavens; the Powers hold the spirits of wickedness in subjection. The human race in its entirety, as also its great social bodies, the nations and the churches, are confided to the Principalities; while the Archangels, who preside over smaller communities, seem also to have the office of transmitting to the Angels the commands of God, together with the love and light which come down even to us from the first and highest hierarchy. O the depths of the wisdom of God! Thus, then, the admirable distribution of offices among the choirs of heavenly spirits terminates in the function committed to the lowest rank, the guardianship of man, for whom the universe subsists” (The Liturgical Year. Vol. XIV, Feast of the Guardian Angels).

All of these beings, visible and invisible, were created in Christ. He holds all things together in Him. He is the head of the body, the Church. So the holy angels share communion with mankind as members of the Mystical Body of Christ in the Church. Just as we pray to the saints for their intercession, let us remember to pray to the holy angels for their intercession.  We are here to speak this week of human virtues. But we can see here that the Virtues, among the holy angels, can be of great help to us.

For instance, the Holy Choir of Virtues watch over the course of nature's laws, the preservation of species, and the movements of the heavens (the weather). Let’s put these angels to work in these three areas! God has created the natural law. Let us first pray to the Holy Virtues that the Natural Law may be respected and guarded especially in the preservation of marriage between one man and one woman. Let us pray secondly for the preservation of species, especially of the human race. In the face of rapidly declining birth rates around the world, forced sterilizations, the use of abortifacient birth control and abortion, let us pray to the Virtues for increased birth rates, a culture of life, and the preservation of the human race. Thirdly, let us pray to the holy Virtues for their intercession in the movement of the heavens––for good weather. May they intercede for farmers and all who depend of the weather for crops, especially during this summer season. Let us pray also for protection against natural disasters caused by weather and for safe travel for all who travel in the air, on the seas, through mountain passes, and all who are in danger due to inclement weather.

Let us entrust these all these intentions to the Holy Choir of Virtues through Christ our Lord. “For in him all the fullness was pleased to dwell, and through him to reconcile all things for him, making peace by the blood of his cross through him, whether those on earth or those in heaven”.