The Altar During Lent

Lent is approaching, and that means changes for the altar. However, it is good to keep in mind the following for the change of the liturgical season.

What, then, should be the primary visual focal point in the sanctuary? The altar!

Making the altar a dignified and awe-inspiring element of the sanctuary helps us to achieve a greater sense of reverence concerning the Real Presence of Jesus in the Eucharist.

How should an altar be decorated? The answer, truly, is not at all. However, an altar may and should be “vested” just as the priest is vested appropriately for Mass. A traditional way of creating a “vestment” for the altar is the antependium or frontal. During Lent, the altar should not be decorated with flowers. Violet, of course, is the liturgical color to be employed.

Here is an example from St. Francis de Sales Cathedral in Baker City, OR: 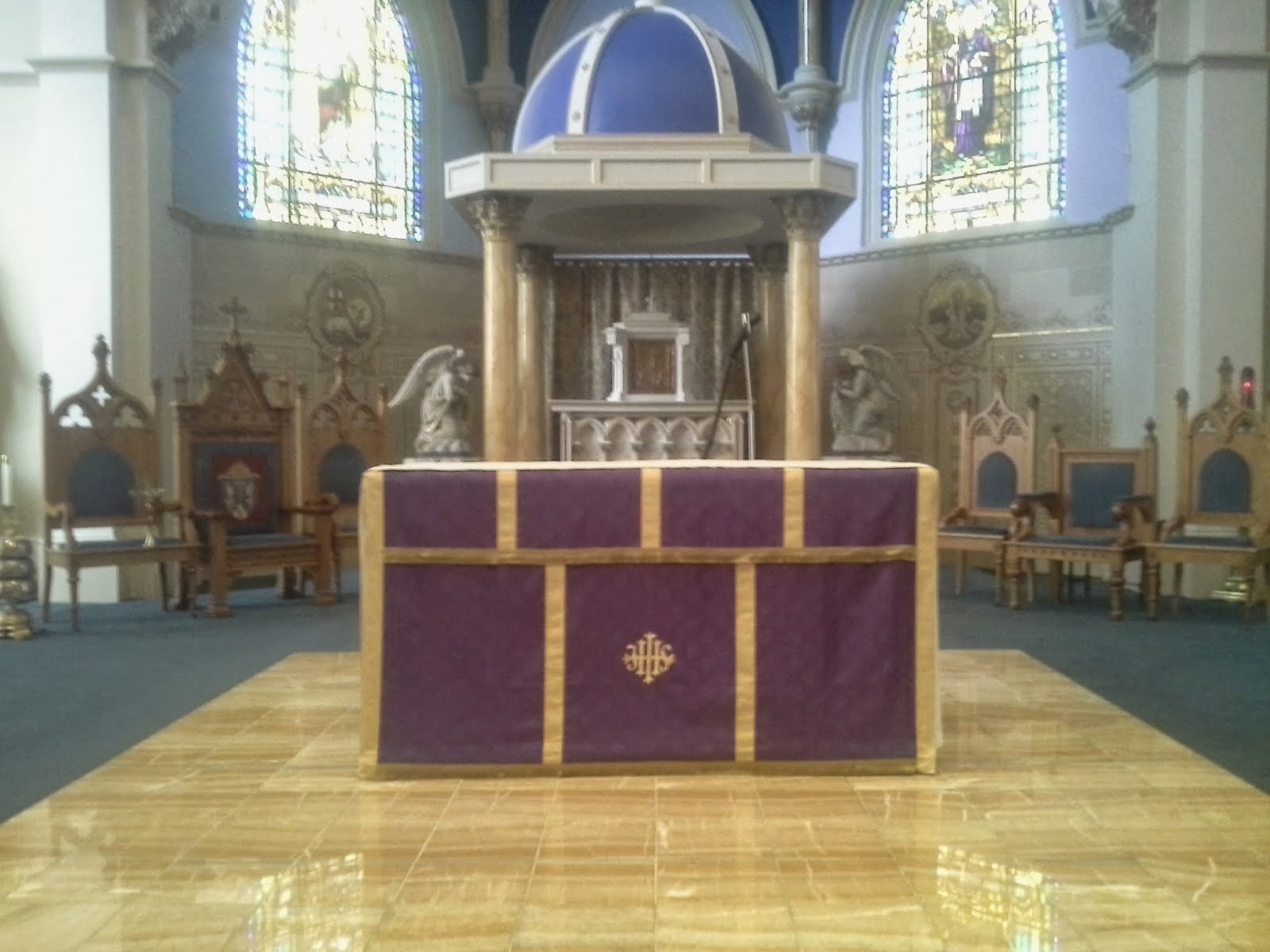 For some very good commentary, photos, and explanations, see these links at The New Liturgical Movement blog:


http://www.newliturgicalmovement.org/2009/03/another-sanctuary-revision.html
at 12:00 PM No comments:

Some Events in the Daily Life of a Priest

Fr. John Boyle, a priest with the Archdiocese of Portland (OR), has been – and will be time and again – the celebrant for the EF Mass said in Bend, OR, twice monthly.

Fr. Boyle posted the following on his Face Book page; it is a very interesting and informative account of some events in the life of a priest. He has kindly allowed us to reprint it here.

As a priest was traveling recently: ‪#‎Ilovebeingapriest

On the way to Portland airport, before boarding the MAX (tram) a young fellow seems amused to encounter a priest and just wants to do some high fives and join fists and other such greetings. I willingly oblige. If it makes his day...

On the flight from Portland to Bend yesterday, someone was occupying my seat so I ended up sitting next to a lady called Robyn who was reading GK Chesterton's "Man Alive" which I have never read. She's a GKC fan. She had never spoken to a catholic priest before. She likes the mystery of ritual, attracted to the language of the Book of Common Prayer (who wouldn't be?) and a more traditional style of liturgy in the Episcopal or Anglican tradition. She said it was God's will that someone else had taken my seat. Pray for Robyn as she is very open to the Lord. I hope it will not be too long before she speaks with a catholic priest again.

At Bend, while waiting to collect my luggage, I met Teresa who had been on the flight and was going to attend the EF Mass the next day, which I was going to celebrate at St. Francis of Assisi Church in Bend. Turns out she was baptized only last Easter and loves the EF Mass. It was nice to see her at Mass today.

After Mass today, I met lots of people, young and old, young families with expectant mothers, who professed awe and wonder at the beauty of the liturgy as celebrated in the Extraordinary Form. Thank you, servers, for doing your part, and for the local chapter of the Society of St. Gregory the Great for singing the chant.

One of those attending said that her son was on the same flight as I was yesterday from Portland. She would have liked him to chat with me - apparently he is a little distant from the Church right now. So pray for him.

An uneventful flight back to Portland, and then the MAX and bus home. On the MAX, many poor people… Pray for a lady who was in distress and who was not very impressed when I didn't offer money to get her car repaired so she could get back to Washington (state). She wanted to know how to get to Providence Hospital. I was trying to get directions on my smart phone but she seemed disgusted that a priest would not help her and, when I asked if she would still like directions to Providence Hospital, said: "I'll ask someone else."

Off the MAX, and waiting for the Number 6 bus home. A man called Larry says: "Hello, Father." So we shake hands and chat. He had just completed a shift at the Convention Center as a security guard. He had enjoyed the chocolate festival!

Still waiting, a car with some young kids drives past, and they laugh when they see a priest waiting for a bus. They wave. One makes a sign of the cross, laughing, so I give a blessing, smiling. They laugh back. Well, my blessing was sincere.

Then another person waiting says: "Are you a Catholic priest?" "Yes," I answer. "You know the Bible says not to call anyone on earth 'father', how is it you allow people to call yourself 'father?'" When I ask if he ever called his dad 'father' he said 'no', only 'dad.' So I couldn't use that argument. OK, what about 'teacher'? Did you ever call your teachers 'teacher’? "Well, yes." "There you are then," I said. "Jesus said not to call anyone on earth teacher..." Well, we weren't getting far, and the bus arrived so the conversation ended. His name is Stephen, whom he recognized as the name of the first martyr.

On the bus, I hear someone ask: "Are you a priest?" I turn round and encounter Robert. He's 56 and homeless. I was shocked. I thought he was just returning home from a hike. He was not the only poor person on the bus. The #6 has many poor people on board. He asked what I thought about all the poor and homeless? We didn't have much time but I listened and expressed my sadness at the situation. He's Lutheran of Swedish descent. Say a prayer for Robert tonight. He does have a roof over his head as he gets some disability benefit.

Then Stephen comes over: "I've been thinking and I think you're wrong about allowing yourself to be called 'Father.'" I said "I know, we'll have to agree to differ but let us be at peace." I shook his hand as I picked up my bag to get off the bus.

And then a walk home and time to sit alone before the Blessed Sacrament, Jesus, who awaits my arrival home. And I pray for Robyn, Teresa, all the good people who felt nourished by the Sacred Mysteries celebrated at Mass in the Extraordinary Form of the Roman Rite, the poor lady on the MAX, Larry, those kids in the car, Stephen, Robert, and the other poor people who were traveling with me on the public transportation system and who are on the margins. And I thank God I am a priest... and a father! 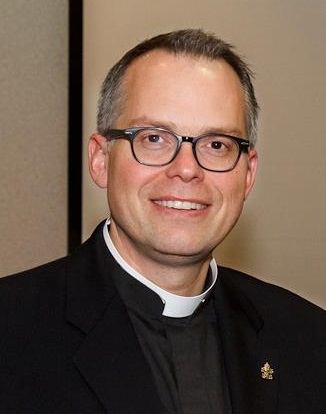 In the Holy Land, it is still Christmas.  This past Sunday, January 18th, the Armenian Patriarch of Jerusalem arrived in Manger Square in Bethlehem to celebrate Solemn Christmas Vespers followed by a succession of liturgies and Masses all through the night and ending at dawn on Christmas day, January 19th.  On that same morning of January 19th, the Greek Patriarch of Jerusalem entered into the tomb of Christ in the Church of the Holy Sepulchre in Jerusalem in solemn procession for the High Mass of the Epiphany.  Decorations for Christmas remain a public sign of the presence of Christians throughout the Holy Land.  Large public displays including Christmas trees, lights, Nativity scenes, and poinsettias adorn the streets, public squares, shop windows, and hotel lobbies.  They are not anxious to take them down.  It is Christmas and will remain so well into February.  This is clearly different from our celebration of Christmas here in the United States. 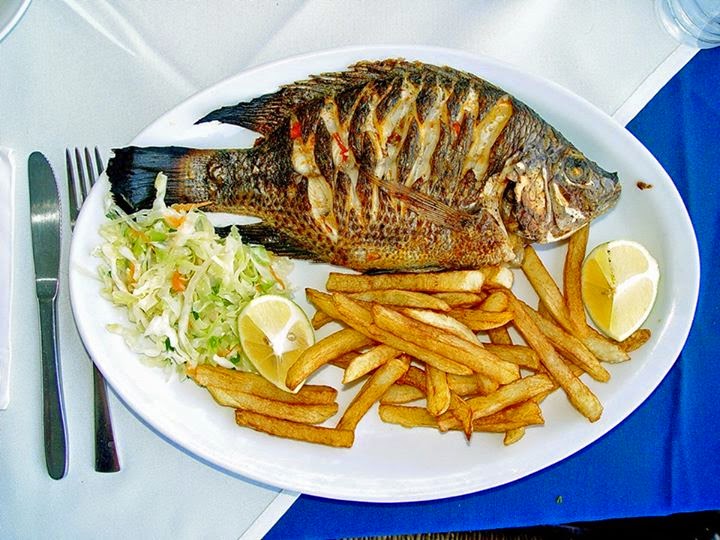 This blog is officially up and running again!

There is good news here in the Diocese of Baker, and new life has been breathed into the Society of St. Gregory the Great.

Bishop Liam Cary has approved – and facilitated – the celebration of a regularly scheduled Traditional Latin Mass in Bend, Oregon. The TLM is to be offered at the Historic St. Francis Church in Bend, Oregon, on two Sundays per month.

A short article in the Diocesan Chronicle stated:

The Extraordinary Form of the Mass (“The Latin Mass”) will be celebrated today and every other week at 1:00 PM at St. Francis of Assisi Historic Church. Regular Celebrants for this Mass will be Father Andrew Szymakowski of this Diocese and Father John Boyle from the Archdiocese of Portland. For more information contact John C. Driscoll at johncdriscoll1068@gmail.com or Stephanie Swee at swee0574@gmail.com .

Most recently, Fr. John Boyle for the Archdiocese of Portland celebrated the extraordinary form Mass on January 18 – and he posted this photo on his Face Book page. 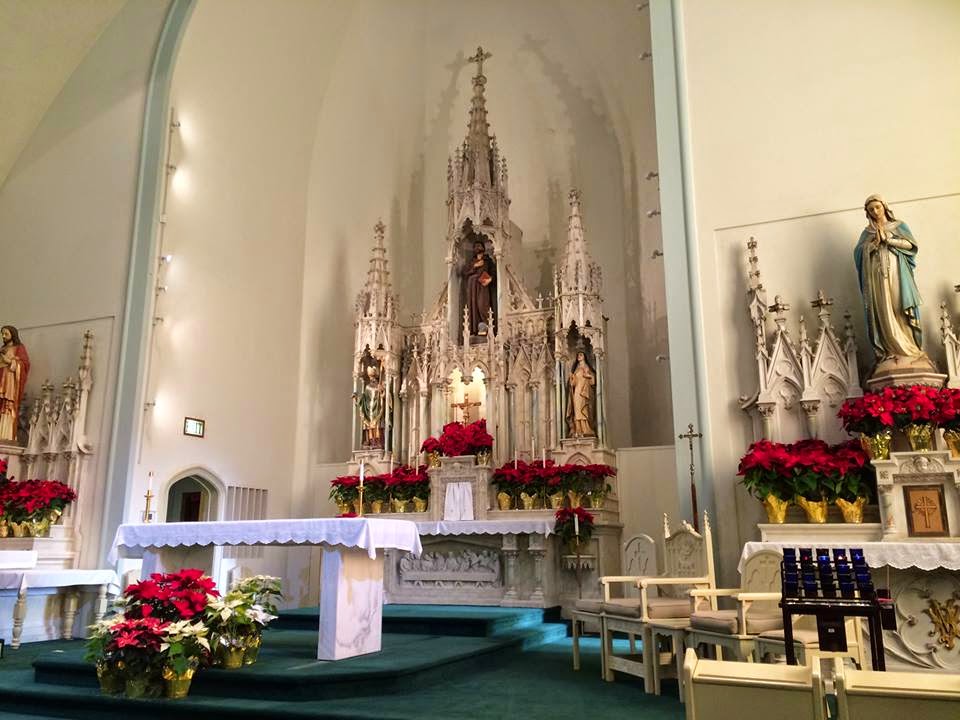 Please share this blog with others, and be sure to “like” us on Face Book in order to keep up with scheduling of the TLM, other events, and current events in the world of beautiful and reverent liturgy.
at 2:02 PM No comments: