One of the first things one hears from those who resist Mass in the extraordinary form is “But we can’t understand anything; Latin is so hard!”

My first answer to that is in days gone by – centuries of them – the faithful managed to understand what was going on in the Mass and, since the invention of the printing press, have had some written material translating the Mass prayers into the local language. So If one can read at all, one can read the Mass in the vernacular across from the Latin and follow what is happening.  All venues that provide the extraordinary form of the Roman Rite, to my knowledge, provide translations, so no one need remain ignorant of what is being said.


The second important thing to remember is that Latin is still the official language of the Church. Not only did the Vatican II Council not replace it, the documents of the Council reiterate and emphasize that Latin is the mother tongue of Catholicism, just as chant is in first place for the musical expression of liturgical prayer.

And last, but not least, the word “liturgy” comes from the Greek leitourgia, which means literally “work of the people” or “public work.”  Participating in the liturgy does not mean  sitting in the pew saying one’s rosary, as exemplary as that might be at another time and place; nor does it mean  leaving everything to the priest, servers, and choir.  Liturgy demands an attitude of awareness and at least inner participation in the sacrifice of the Mass that Christ has given us as the perfect worship of the Father. The word reminds us that adoration of the Deity must be taken seriously and requires effort by all present.

One way to do that at the extraordinary form of the Mass is to learn some basic Latin.  Because it is a phonetic language, Latin is a lot easier to access than many other tongues.  If one learns the sound that a certain combination of letters makes, one can always pronounce the combination whenever it appears. For example, a “c” before an “i” or an “e” always sounds like “ch” in English, as in “cibus.”

It is logical to start any language lesson with vowels.  There are five, just as in English, and each one can be long or short, according to most Latin grammars. Some do not distinguish, but give only one sound for each vowel.  However, here we will take the former view.

Finally, the “U,” which can cause the most problems. A long “U” is pronounced like “OO” in English. Never put a “Y” sound before a Latin “U”. The short version of the vowel is like the “u” in the English word “cup.”

Next time: Some common Latin words using the vowels, both long and short and the way to pronounce diphthongs, which are two vowels put together, but said as one.


Last week we looked at the way vowels sound in ecclesiastical Latin. The principle remains the same for consonants, because Latin is a totally phonetic language.  After you have learned to say a certain combination of letters, they will sound the same - with very few exceptions – wherever you find them. 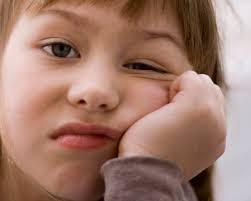 Before we get into the rest of the consonants in Church Latin, we will talk about two other matters. One is the fact that some of the readers of this column may have had some Latin in school. If so, then you will have to relearn some of the sounds. Classical Latin, that is, what Caesar supposedly spoke, has different rules than Church Latin. For example, a “v” in classical Latin is pronounced like a “w,” while it retains the “v” sound in Church pronunciation.

A more common source of confusion, though, is that there are approximately four major ways Church Latin is pronounced around the world. The differences between them are few, but our next consonant is likely the most problematic.

If we use the Italian Church method, then the “h” is silent. However, some orders, such as the Franciscans, that may have a heavy presence in Northern Europe, will pronounce the “h.” We will not pronounce it, for the purposes of this instruction. Thus, “hoc” is pronounced “ohk.” If you remember that one rule, you will have the letter “h” covered for the future.
“J” (or as some would insist, an “I” used as a consonant) is pronounced as if it were the consonant “y” in English. So the word “jam” – or “iam” (meaning “now”) is said as if it were spelled phonetically “yahm.”

As previously mentioned, there is no “k” in Latin. The letters, m, n, and p sound as they do in English, and “ph” is pronounced like “f,” as English does. The letter “q” is always followed by “u” and sounds like “kw,” just as in English.

The letter “r” when used in Church Latin of the Italian school – as we are doing here – is rolled. Before some letters, such as most vowels, this is easy to do; when it occurs before others, such as “t” or “n,” it is more difficult to roll the “r”. Generally, just do what you can where it occurs and you will eventually find it automatic.

The letter “t” has some variations as well.  When followed by “h,” the sound is as a hard “t,” as in “ten.”  When the combination “ti” is followed by a vowel or preceded by any letter EXCEPT “s”, “t”, or “x”, the “t” sounds like “tsee.” This is one of the hardest sounds to remember, but we will give some practice with the combination in Latin words in the next lesson.

That has taken us through the alphabet for Latin sounds. Next week we will use common vocabulary words in the prayer of the Church to illustrate the pronunciation given in the first three lessons.

Now that you have the basics of Church Latin, we will try some simple prayers. They will be marked phonetically, so it will be easy to practice correct pronunciation.

Following the prayers is a review some rules from the first few lessons. If you need a refresher, you can do the review first, and then come back to the prayers.

Here is the Hail Mary in Latin, with phonetics following each line:

Blessed are thou among women,
Benedicta tu in mulieribus,
bay-nay-DEEK-tah TOO een  moo-lee-AY- ree- boos

A final note: In the phonetic version of the book I borrowed from, the long character of each vowel is stressed. But in practice in some words the vowels would be shortened more. For example, in the Latin word, “in,” the “I” takes on more the sound of a short “I” in English than of the phonetic “ee.” In “Amen,” the pronunciation would be more like “AH-men,” than the author’s “AH-mayn.”

Next: The Pater Noster (Our Father) and the Gloria of the Mass.

The consonants that differ from English are:

“h” – contrary to most Latin grammars, this letter in Italianate Latin is always silent.

“I”  - (sometimes written as “j”) when used as a consonant sounds like the English “y.”

“ti” – when followed by a vowel or preceded by any other letter, except s, t or x, sounds like “tsee.”

“z” – this letter was not mentioned previously and is rare in Latin, but does occur. It is pronounced as if it were written “dz” as in the word “obryzum.” (OH-BREEDZ-OOM.”)


This week we will try two more familiar prayers in Latin: The Pater Noster (Our Father) and the Gloria of the Mass.

Since the new translation has come out, the English of the Gloria is almost a literal translation of the original Latin. Despite perceptions to the contrary, the Novus Ordo Mass was written in Latin, may still be said (indeed, is encouraged to be done) in Latin, and follows closely the Latin of the Traditional Latin Mass in the main parts of the Ordinary (Kyrie, Gloria, Sanctus, etc.)

It is Lent, so the Gloria is not said or sung for the next five weeks – until Holy Thursday – but it is used in most seasons throughout the liturgical year, and choirs are encouraged to sing it either in the new English chants or in Latin, even when the Mass is in the vernacular.

Remember in the phonetics that accompany these prayers, syllables in all capital letters are the accented syllables. Also, at the end of words or in unaccented syllables, the “ay” sound for “e” is more likely to be shortened, especially when spoken rather than sung. It will become more like “eh,” as Panem (PAH-nehm).