I was made aware that the celebration of the extraordinary form of the Mass was planned in Southern Oregon, via the “Orate Fratres” blog, which had this announcement:

It’s confirmed… What was previously known as the Tridentine Mass, or Traditional Latin Mass, and most recently, the “extraordinary form” of the Mass, will be periodically offered to worshipers at Our Lady of the River Catholic Church in Rogue River, Oregon.

… The celebrant will be Father Adam Kotas, from the Diocese of Santa Rosa, Pastor of St. Joseph Catholic Church in Crescent City, California.

And the first such Mass did happen on February 10, just one week ago. One attendee told me that several years ago she and her husband had signed a petition to have the EF Mass offered in their area, but – the typical story – they were stonewalled because the powers-that-be said there “wasn't any interest”.  Ha! As she commented to me in an email, “Last night's Mass, with 150 in attendance and standing room only at Our Lady of the River seems to indicate otherwise!”

Thanks are due to Fr. Bill Holtzinger, the pastor who authorized the celebration of the TLM on this periodic basis. It's nice to see a pastor accommodating the desire of the faithful to have this Mass!

Here are a few photos taken by Marc Salvatore, who kindly gave me permission to post them: 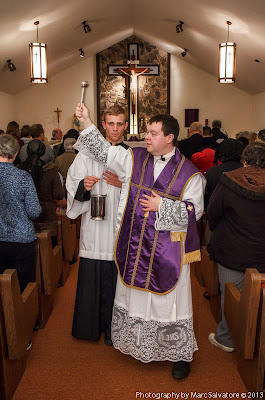 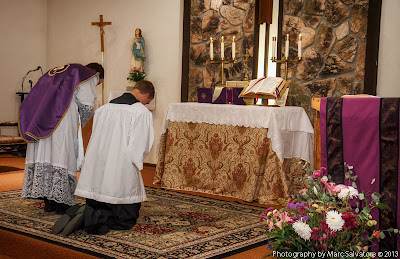 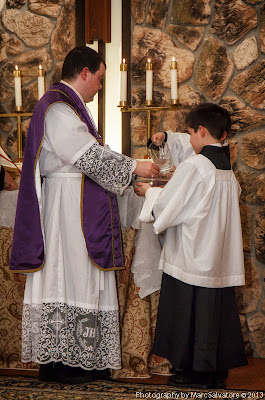 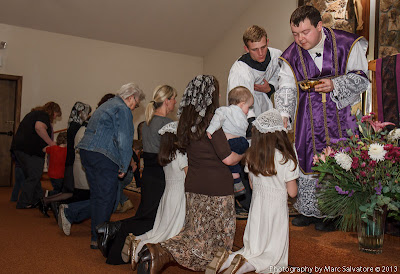 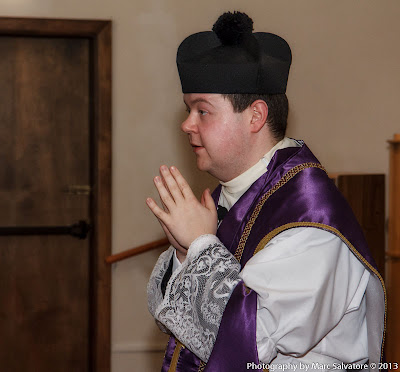 Also, be sure to check out Shower of Roses blog by Jessica for another story on the Mass; she has some of the same photos there (and if you look at other stories on her blog, you’ll find fun photos of her beautiful children).