A homily by Fr. Eric M. Andersen, Sacred Heart/St. Louis in Gervais, OR

“To you, I lift up my soul, O my God. In you, I have trusted; let me not be put to shame. Nor let my enemies exult over me; and let none who hope in you be put to shame.”

These are the words of the Entrance Antiphon, taken from Psalm 25. The music for almost the entire Mass on the First Sunday of Advent revolves around Psalm 25. When I say “the music of the Mass” I am referring to the musical texts that are given to us by the Church for each day of the year. These texts are in the Roman Missal itself and are part of the Mass. We usually experience Mass with these texts replaced by a song or a hymn. That has been the standard practice in most parishes for the last 40 years. But the songs and hymns we sing are not actually part of the Mass itself. To illustrate what I am saying, please turn to page 3 in Today’s Missal. You see where it is written “Entrance Chant.” Let us together recite those words for December 2nd: “To you, I lift up my soul, O my God. In you, I have trusted; let me not be put to shame. Nor let my enemies exult over me; and let none who hope in you be put to shame.” (Now the priest sings Introit from the American Gradual)

Those are the words that the Church gives us to sing. If the people sing another song during Mass, it is called an act of private worship on the part of the people because they are singing during the Mass, but it is not an act of public worship because they are not singing the Mass itself. The Mass is public worship because it belongs to the entire Church. This act of private worship on the part of the people at Mass is referred to as singing during the Mass rather than singing the Mass. For example, there was a film that came out in the late 1960s called Change of Habit with Elvis Presley and Mary Tyler Moore. It explores several issues happening in the Catholic Church at the time. The closing scene of the film is of a “hootenany Mass” as it was called then. The priest and the altar boys are praying the Mass while the congregation is rocking out with Elvis dancing and clapping on the outside of the Communion rail. The priest was praying the public worship of the Church, while the congregation was completely disregarding the Mass. 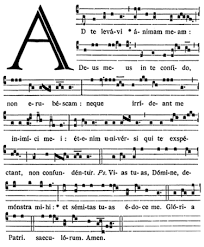 That is an extreme example, but we can see this even now when the priest is processing into the sanctuary while the people are singing a random song that is not the text from the Entrance Antiphon. He is participating in the public worship while they are participating in private worship. The same can be said for the offertory. The Church provides a text to be used as an offertory antiphon. The priest is preparing the altar, the gifts, and saying his prayers silently at the altar. He is participating in the public worship of the Church. The people generally are taking up the collection and singing a random song chosen not by the Church, but usually by a musician. The song sung at the offertory then becomes an act of private worship in which the congregation participates with the musician in his or her private devotion, singing whatever song the musician has chosen. This started in the 1950s under Pope Pius XII who allowed for the singing of four hymns in the vernacular during a low Mass. This permission led to many abuses such as the “hootenany Mass” of Elvis Presley. In 1969, the Consilium responsible for the New Mass of Pope Paul VI instructed that “texts must be those of the Mass, not others, and singing means singing the Mass not just singing during Mass” (Notitiae 5 [1969] p. 406; USCCB BCL Newsletter, Aug/Sept 1993). This is one of the directives implicitly given in the new Roman Missal.

The new Missal instructs us that we are no longer to sing songs or hymns at Mass. The options that are given in the new Missal are to sing antiphons and psalms as they are given in the Missal itself or they can be other antiphons and psalms provided that they are part of an approved collection of the same (GIRM 48). There is an option to sing another chant. But previously the instructions allowed specifically for songs and now song are no longer an option. So Church musicians are to compose music to the actual texts of the Mass because when we sing those words, we are singing the Mass. Singing the Mass is different from singing during Mass. Why is this important? One reason that it is important is that the readings in the Liturgy of the Word are incomplete without the accompanying texts of the Antiphons.

For instance, today’s reading from the prophet Jeremiah is a hopeful message of the fulfillment of God’s promise that the house of David shall once again bring peace and security to Jerusalem. Then St. Paul instructs us to behave ourselves in a holy and blameless way for the coming of our Lord. Our Lord Himself then tells us why we must behave ourselves. He tells us of the utter destruction of creation, and tells us that people will die of fright in anticipation of what is coming upon the world. The Gospel for this Sunday is frightening. But we should not die of fright. Our Lord is warning us so that we do not die of fright. So, let us turn to the Responsorial Psalm. This is Psalm 25 and it is sung four times during the Mass: at the entrance, the Responsorial Psalm, the Alleluia, and the Offertory. Why four times? Because it is an important message that the Church wants us to pay attention to! “To you, I lift up my soul, O my God. In you, I have trusted; let me not be put to shame. Nor let my enemies exult over me; and let none who hope in you be put to shame.”

When we put this psalm in the context of the all the other readings, and we know that the Church is giving it extra weight by repeating it four times during the Mass, then we know that these words are the primary message or theme on which the Church wants us to focus during this first Sunday of Advent. In other words, in the face of destruction and terror, we the faithful should not die of fright! Instead, we should stand up straight and raise our heads and we should sing these words: “To you, I lift up my soul, O my God. In you, I have trusted; let me not be put to shame. Nor let my enemies exult over me; and let none who hope in you be put to shame.”

The first Sunday of Advent has historically been a reminder of the day of judgment. Our Lord tells us that on that day, “the hosts of heaven will be shaken loose. And then men will see the Son of Man coming on a cloud with great power and glory” St. Paul tells us that on this day, “the trumpet shall sound, and the dead shall rise again” (1 Cor 15:52). St. Peter in his second epistle tells us that on this day “all the earth and the works that are in it shall be burnt up” (2 Pet 3:10). Meditating upon this day, “St. Augustine declared that nothing banished from him earthly thoughts so effectually as the fear of judgment” (cf., Alphonsus p. 26). St. Alphonsus de Liguori describes this glorious day for us: “At the sound of the trumpet the souls of the blessed shall descend from heaven to be united to the bodies with which they served God on earth” (26). That, brothers and sisters in Christ, is what we need to strive for! We need to strive to serve God on earth. We must be vigilant to serve God on earth because we do not know when that day of judgment will be. We pray that we will not be caught unaware when the Lord returns. We must stay watchful, vigilant and alert! 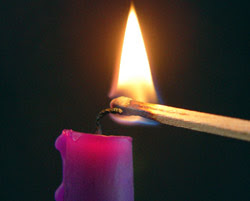 St. Alphonsus continues his description of that day both glorious and dreadful: “At the sound of the trumpet, …the unhappy souls of the damned shall come up from hell to take possession again of those bodies with which they have offended God. Oh, how different the appearance of the (blessed) compared with that of the (damned)” (26).

St. John Chrysostom wrote that this judgment will be “terrible to sinners, but desirable and sweet to the just.” St. Alphonsus says that “The last judgment shall fill sinners with terror, but will be a source of joy and sweetness to the elect; for God will then give praise to each one according to his works” (29).

“To you, I lift up my soul, O my God. In you, I have trusted; let me not be put to shame. Nor let my enemies exult over me; and let none who hope in you be put to shame.”