Here’s another illustration of how a sort of trivialized altar and sanctuary can be transformed into something that glorifies God and points to His Kingdom.

The photos below are not from the Mass I attended on the Feast of the Immaculate Conception, but I know some of the people involved.  The parish is a little “mission” church, meaning that there is no resident pastor; however, in this case, the pastor responsible for the mission was willing to allow the extraordinary form of the Mass to be said there for the feast.

The photos were taken by Heidi Maly, of HM Photography, who graciously agreed to let me post them here. See more of her work at the link.

Here’s how the sanctuary looked before the transformation:

This sanctuary was not as completely de-constructed as some have been. The altar could be moved back against the wall to its original position, and there were still six candlesticks! My contact told me, though, that the candles in them had not been lit in 8 years. 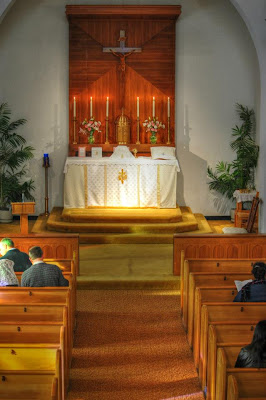 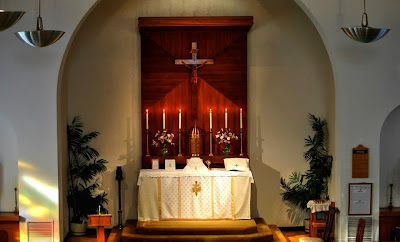 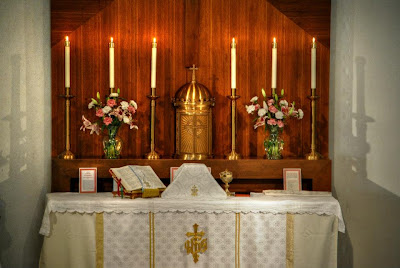 I’m told that 60 or so people attended, and that afterwards, some were asking, “When are we going to do this again?” Many had not been touched by the negativity that is spread about the TLM, and so were open to experiencing its beauty and reverence without any “spirit of vaddican too” poison.

Here are some photos of the Mass: 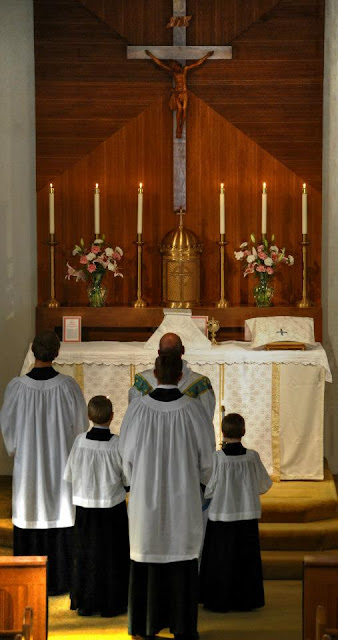 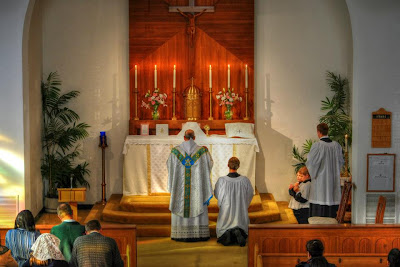 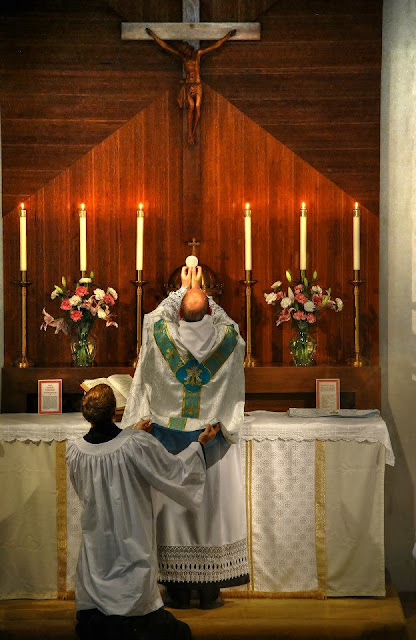