Shawn Tribe at the New Liturgical Movement blog has highlighted a letter written by a bishop in Northern Italy to his clergy on the subject of Summorum Pontificum(Pope Benedict XVI’s motu proprio which liberalized the celebration of the extraordinary form of the Mass, and indeed, encourages it).  Apparently the priests in this Italian diocese have not been as open as the bishop thinks they should be to offering the EF Mass.

Here is NLM’s translation of a few relevant paragraphs of the letter (which I have further condensed; read the entire article here):

It is with much bitterness of spirit that I have found that many of you have not taken up or made a right attitude of mind and heart toward the possibility given to the faithful by the motu proprio "Summorum Pontificum" of Pope Benedict XVI, of the celebration of Holy Mass "in the extraordinary form" according to the Missal of Blessed John XXIII, promulgated in 1962.

In the "Three days of the Clergy" of September 2007, I indicated with strength and clarity what is the value and the true meaning of the Motu Proprio, how we should interpret it and how we should accept it, with a mind that is open to the magisterial content of the document and with a ready willingness of a convinced obedience. The position taken by the Bishop was not missing its calm authority, strengthened by his full concordance with a solemn act of the Supreme Pontiff. The position of the Bishop was founded by reason of his theological argument on the nature of the Divine Liturgy, the immutability of the substance in its supernatural contents, and was also based on surveys of the practical, concrete, good sense of the Church.

I understand that in some areas, on the part of several priests and pastors, there was also the manifestation almost of ridicule toward faithful who have asked to make use of the option, and indeed of the right, for the celebration of Holy Mass in the Extraordinary Form; there is also an expression of contempt and almost of hostility toward Brother Priests who are well prepared to understand and respond to the requests of the faithful...
[…]

I ask that you put away every attitude not in conformity with ecclesial communion, the discipline of the Church and the convinced obedience due to important acts of the magisterium or government.

We all know that even though this situation is occurring in Italy, it is occurring in plenty of places in the US as well, to our great discouragement at times. So “it is encouraging to see a bishop who is taking the usus antiquior seriously both liturgically and pastorally,” Shawn Tribe notes.

Perhaps some US bishops might take a cue from their brother bishop in Italy!

Universae Ecclesiaei , the instruction on the implementation of Summorum Pontificum, makes it clear that bishops should be generous and accommodating in respecting the rights of the faithful to have the extraordinary form of the Mass made available. Paragraphs 13-14 of UE:

The Competence of Diocesan Bishops

13. Diocesan Bishops, according to Canon Law, are to monitor liturgical matters in order to guarantee the common good and to ensure that everything is proceeding in peace and serenity in their Dioceses, always in agreement with the mens of the Holy Father clearly expressed by the Motu Proprio Summorum Pontificum. In cases of controversy or well-founded doubt about the celebration in the forma extraordinaria, the Pontifical Commission Ecclesia Dei will adjudicate.

14. It is the task of the Diocesan Bishop to undertake all necessary measures to ensure respect for the forma extraordinaria of the Roman Rite, according to the Motu Proprio Summorum Pontificum. 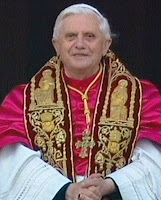 So, although the bishop does have authority to “monitor liturgical matters” in his diocese, he must do so according to the mens (mind) of the Holy Father. Too many bishops in this country are failing to do just that.

And lest anyone claim that providing the extraordinary form of the Mass causes “division” within the parish or diocese,  paragraph 6 of the UE has this to say:

6. The Roman Missal promulgated by Pope Paul VI and the last edition prepared under Pope John XXIII, are two forms of the Roman Liturgy, defined respectively as ordinaria and extraordinaria: they are two usages of the one Roman Rite, one alongside the other. Both are the expression of the same lex orandi of the Church. On account of its venerable and ancient use, the forma extraordinaria is to be maintained with appropriate honor.

Let us pray that the extraordinary form of the Mass returns to the Diocese of Baker soon!