Washing of Feet: The Vortex

A recent Vortex episode (see the video below) highlighted one of the most egregious and widespread – and commonly accepted – liturgical abuses in the Church:

As we advance into Holy Week, beginning with Palm Sunday, it is worth noting that all over the United States and many other parts of the world, the Sacrifice of the Mass which brings an official end to Lent – the Mass of the Last Supper, Holy Thursday – will be marred by abuse in thousands and thousands of parishes.

…[I]n a tip of the hat to political correctness, and wanting to make nice-nice with everyone in the parish, and to go out of the way so as not to offend anyone at all whatsoever, and in some cases owing to a dearth [of understanding] about the dignity of their own office as priest – priests all over the place will wash the feet of women and children during [the Holy Thursday Mass].
And as Michael Voris notes:

The Church is absolutely clear -unequivocally clear about this – IF the washing takes place (and it is not mandatory, it is optional)…then only men are to have their feet washed, and it may only be done by a priest or bishop, not even a deacon.

A note on the washing of children's feet: I maintain this trivializes the rite. This is not to say that children are unimportant! But when you involve children in just about anything that is generally done by adults, it becomes merely “cute”. Children are unpredictable: they giggle, they squirm, they say funny things, and they are often just plain adorable.

That’s not what the ceremony of the washing of the feet is about.

When 12 adult men have their feet washed, they look uncomfortable. I think that’s appropriate. Don’t you think the apostles were uncomfortable with it? Didn’t Peter even try to refuse to have his feet washed?! It is a humbling experience to have one’s feet washed by anyone, let alone a priest, who is an alter Christus. And it is a humbling experience for the foot-washer as well – as it should be. 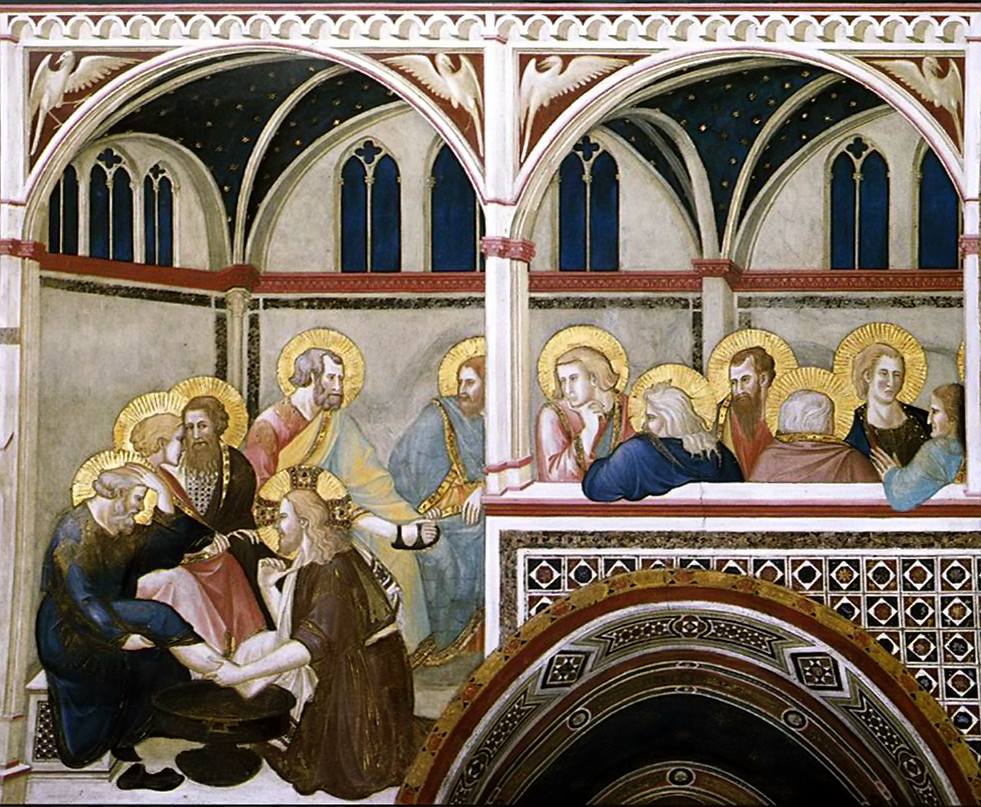 Twelve men having their feet washed by the bishop becomes a serious rite, one with meaning, symbolism, and significance. It becomes a mystical experience for all concerned. It is not “cute”, and it was never intended to be.

The washing of the Feet is directly linked to the male-only priesthood…The Mass on Holy Thursday is about the institution of the Priesthood. And the Washing of the Feet (in Latin it’s called the Mandatum) is intrinsically linked to the priesthood. [He cites a very good booklet on the subject which is available here. It’s $2.99 for a PDF version you can print out at home.]

And here is a note that is probably familiar to all who have ever voiced an objection to including women and/or children in the washing of the feet:

Now some people on parish staffs will say, well, the US Bishops have allowed that practice here in the America, so it’s OK here.

And if they do say that, they are wrong. In February 1987, the USCCB claimed, via the Chairman of the Bishop’s Committee on the Liturgy, that the washing of feet is merely an act of charity, and thus may properly include both men and women. It took a little less than a year for the Vatican to blow that notion out of the water with the document the Paschales Solemnitatis:

“The washing of the feet of chosen men (emphasis added) which, according to tradition, is performed on this day [Holy Thursday]... This tradition should be maintained, and its proper significance explained.”

Nothing new has come from the Vatican since this 1988 document allowing any variation of any kind whatsoever.

The washing of the feet is intimately linked to the priesthood because it was performed by Our Blessed Lord those he was about to make priests at the Eucharist.

Only men are to have their feet washed an only by a priest or bishop and it is only the feet that are to be washed. When some other variation is done, it confuses the faithful and is a grave abuse because it tears away from the sacred character of the priesthood instituted by Christ Himself on this most holy of nights.